The Great Resignation: Focus on These 3 Things to Turn Things Around 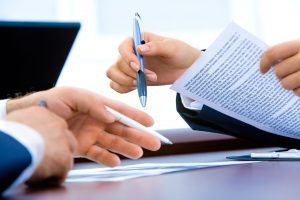 I have two stories from executives who are on the front lines of the Great Resignation. As it turns out, their strategy is dead wrong.

An executive client said that they were having trouble competing with the much bigger company right down the road. My client is hiring 15 people (after several key employees left), while that other company is hiring hundreds. They couldn’t compete on salary, so he was struggling to see why people would prefer to work for them.

An executive client told me that he had a lot of turnover in a particular department. After finally hiring someone, that person worked for two weeks, put in a one-day notice, and left.

A strategy that works.

Although these are two different challenges of the Great Resignation, the root cause is the same: most people still DO NOT PRIORITIZE monetary benefits.

Once you realize that people aren’t necessarily seeking the best salary, then the next question becomes: What are they looking for?

1. People they like, who will like them: We are generally social creatures, and we want to spend time with people we can be friends with. Use this tendency during the interview process by exposing the applicant to a variety of people, have the team take them out to lunch, or some other activity that showcases your people.

2. People want to work for someone who values them. Inc. recently reported on a Gallup poll that showed that even in the post-ish pandemic world, ~50% of people still leave because their direct manager is awful. It’s time to get back to training supervisors and managers.

3. Opportunities to grow. Whether you want to learn a new welding technique or want to study for your law degree at night, we all want to know that the opportunity is there, even if we never decide to do it.

How do we apply these rules to my two clients above?

One of the things they haven’t done is create official policy for remote work. They’ve been very flexible to their staff, but the official policy is still one of coming into the office. So, to retain and attract talent, it’s best to create the policy that demonstrates the company’s commitment to flexible workspaces and flexible hours.

They are also interested in growing their people, but it’s been handled on a case-by-case basis. It’s time to make it official, so they can promote it to potential employees.

Look inward. If you have loads of turnover in a team or department, chances are your supervisor/manager/leader is not creating the environment you’re paying them to.

We’ve all be very forgiving over the last 18 months, but it’s time to tighten up the accountability. Start thinking about who can carry your company into the future, not just who happens to be there.

Most people are well intentioned, but that doesn’t mean they are good at what they do. It’s time to train or remove people who are unintentionally sabotaging the company by chasing people away.

The Great Resignation is a challenge for all of us, but if you can see how to leverage people’s needs, and see opportunity in it, then it will be a key differentiator for your company into 2022 and beyond.