Change Blindness: An Illusion of Stability

Mauro Manassi and David Whitney – two super-nerds of psychological research; one at UC Berkeley and one at Scotland’s University of Aberdeen – recently published a study in Science Advances that describes how the data we gather through our vision is actually consolidated into 15-second impressions that allow us to filter out all the crazy variability that surrounds us.

It sure delights me that I’m not going crazy when I can’t remember where I left my phone… It’s clearly my brain trying to protect me. (I mean, probably not, but maybe!)

Most interestingly for our work here at RGI – your brain is giving you an illusion of stability.

An illusion of stability!

Ultimately, though, the continuity field supports our experience of a stable world.

Although this article focuses on how the brain simplifies chaos into a coherent and rather more consistent picture, it did excite me to consider that, in general, perhaps the brain is inherently interested in creating a perception of stability. Or, another way the authors put it – Change Blindness (I’m not sure which descriptor I love more!).

In our work, we’ve seen that a majority of people thrive with a sense of stability – and often it is a perception of stability.

We integrate organizations who have recently merged, and we often see that people do whatever it takes to feel as if their world isn’t being turned upside-down. They cling to coworkers who they know, and cast new coworkers in a dim light. They continue in routines from before the acquisition, even though it might not make sense to do so. They continue to use business cards/email signatures/templates from their previous business. Their actions seem as if they are blind to the change that right in their face.

Humans tend to seek a perception of stability.

We’ve even seen this in the Great Resignation. A coworker, friend, or relative quits their job, finds more happiness elsewhere, and that allows us to believe that we can do it, too. Even in the midst of massive change, we seek consistency in the behaviors in our closest relationships.

Now, you might be chaos tolerant like me, and scoff at this notion of needing stability, and you may be right. However, we are the minority – around 35% of us are chaos tolerant. There is a wide range of just how much we can take, though, so even the craziest of us seeks stability at some point.

In an extreme example, when my life becomes seriously nuts, I tend to focus on my physical health in the form of diet and exercise. Why? Because that’s what I can control. That’s the place I find my stability. Where do you find your stability?

So, when I read in the Manassi et al. paper that our brains tend to perceive the world as stable, I immediately started thinking that perhaps that tendency affects even the logic portion of our brain.

I’m not sure if it has any connection, but it we do see a similar pattern in the way humans generally perceive their situations. But now at least you can give yourself a break when you’re trying to find the sunglasses that are sitting on top of your head. 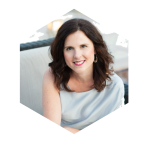